It’s been awhile since I have talked about this, but for those of you who have done custom builds, you know nothing moves fast on them, from waiting on smith’s, to waiting on parts, the 10 months this build took is about par for the course in my experience.

I haven't built a rifle in about 6 years.  It’s amazing to me how fast this market changes.  Going through all my parts selection was a lot easier a few years ago.  When doing a build like this you want to make sure you’re not missing some new product that you would want later down the road, because mistakes are extremely pricey in this game.

I decided about a year ago I wanted to build my version of the ultimate hunting rifle.  I wanted to be able to kill anything in the lower 48 states with the focus obviously being on whitetail.  The first decision I made was bullet diameter, and I chose 7mm.

After that I started wading through the 7mm options.  I only shoot my reload's, so for me it came down to 3 front runners. 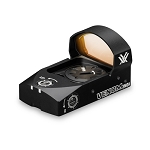